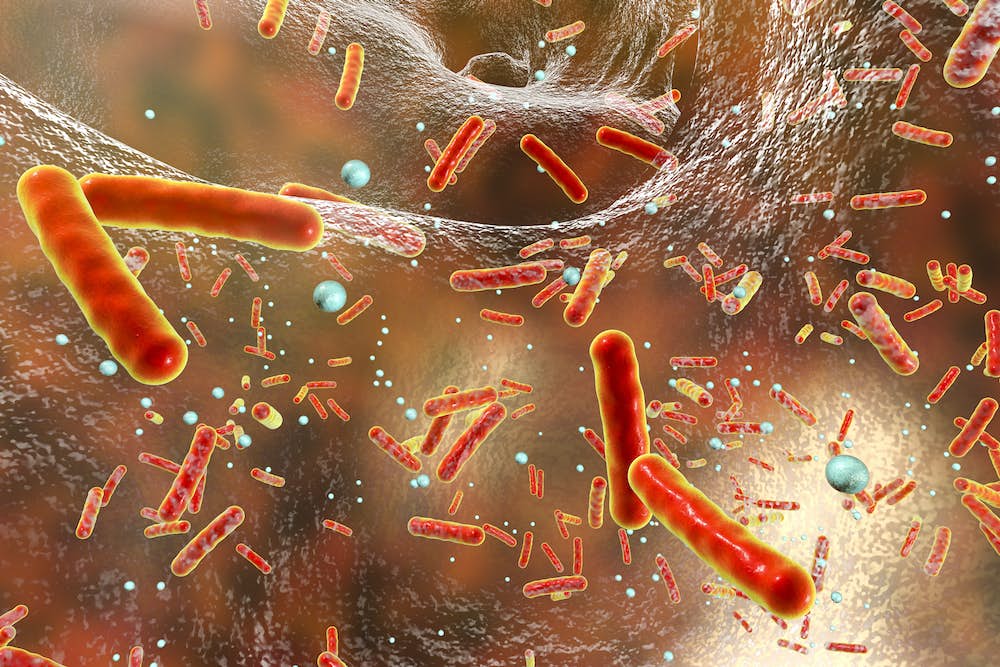 The rising tide of antibiotic-resistant bacteria in the environment

The propagation of antibiotic resistance in the environment

Antimicrobial resistance arises when pathogens survive exposure to drugs that were intended to kill or inactivate them (3). This phenomenon occurs in bacteria, fungus, and viruses, but this article will focus on bacterial resistance to antibiotics. Antibiotic resistance genes (ARGs) are the genetic mechanism that provides cells with resistance to a certain type of antibiotic. ARGs can be found intracellularly in antibiotic-resistant bacteria (ARB) or extracellularly as free DNA in the environment. Antibiotic resistance spreads by horizontal gene transfer—a process in which bacterial cells can exchange genes, receive genetic material from viruses, or assimilate free DNA from the environment (4). Environments containing anthropogenic chemical pollution, such as antibiotics or heavy metals, may enable the proliferation of ARGs. Exposure to these pollutants drives bacteria to procure genes essential for survival. Such proliferation creates conditions where pathogenic bacteria can develop resistance to antibiotics commonly used to cure infections.

Wastewater treatment plants: the solution and the problem

ARB and ARGs are considered emerging environmental contaminants that have been detected in surface water, groundwater, soils, and air (5–9). Conventional wastewater treatment plants (WWTPs) and drinking water treatment plants were not designed to remove emerging contaminants such as ARGs. Furthermore, WWTPs have even been pinpointed as “hotspots” for the propagation of ARB and ARGs (10). Drinking water treatment plants traditionally receive influent surface waters and groundwater, both of which are aquatic compartments that may contain ARGs and allow for the proliferation of antibiotic resistance (5,11,12). Unsurprisingly, ARB and ARGs have frequently been detected at high concentrations in municipal and hospital sewage (13,14). Following treatment, WWTPs typically discharge treated effluent into surface water and drinking water.

A large European surveillance study found that the ARGs detected in WWTPs were significantly correlated with the phenotypic resistance of clinical isolates collected from local healthcare facilities (15). This indicates that antibiotic resistance trends within local WWTPs reflect a region’s antibiotic-resistant infections. WWTPs have particularly unique ecosystems because they receive unmetabolized antibiotics. Exposure to these drugs allows resistant bacteria to proliferate while susceptible bacteria die off, creating a selection pressure for drug-resistant bacteria (16). Furthermore, horizontal gene transfer may occur, leading to rapid distribution of ARGs. This raises concern that WWTPs increase ARGs and ARB instead of removing them. Therefore, it is important to understand whether traditional infrastructures are successful at removing ARGs and to explore other innovations for the removal of ARGs from the water matrix.

Encouragingly, a recent review found that out of 215 WWTP observations made in China, USA, Sweden, Saudi Arabia, Brazil, and UK, 70% had reduced ARG and ARB concentrations after treatment, and 12% had unchanged concentrations (16). This is optimistic news—if existing infrastructures can adequately remove ARGs, cities can avoid the high costs of new or upgraded infrastructures. WWTPs’ effectiveness at removing ARGs seems to be site dependent—the specific treatment chain, geographical location, and influent type are just some factors that may determine removal effectiveness. For example, a major surveillance study showed there was a significant difference in the amount of ARGs present in influent between countries with high antibiotic consumption (Portugal, Spain, Cyprus, and Ireland) and those with low antibiotic consumption (Germany, Norway, and Finland) (15).

Efficacy of primary and secondary treatments for ARG removal

The data indicates that the effectiveness of primary treatments on ARG removal is negligible, whereas it appears that some secondary treatments and most tertiary treatment methods are effective at reducing ARGs in the effluent (17). For secondary treatment, the activated sludge process has acceptable ARG reduction, with some plants reporting 99.9% removal of sulfonamide and tetracycline resistance genes (15,18). Activated sludge has been shown to be effective at reducing most of the genes that confer resistance to β-lactam, tetracyclines, sulfonamides, quinolone, and macrolides (19); however, using two or more tertiary treatment methods together shows the most promise for removing ARGs. Nevertheless, there is evidence that the ARG concentration in treated effluent is still higher than natural aquatic ecosystems (18,20). High levels of ARGs are found downstream from many WWTP discharge points, leading public health experts to worry about potential health impacts and continued proliferation of antibiotic-resistant pathogens in the wider environment (21). Clearly, additional research is necessary to properly understand how WWTPs and drinking water plants remove ARB and ARGs, and how residual concentrations impact human health.

Ultraviolet (UV) disinfection, chlorination, and ozonation are commonly used tertiary treatments. Research on ARG removal using these methods individually is often contradictory—for example, chlorination has been reported to have high ARG removal rates while simultaneously being reported as having no impact on ARG levels (22). These discrepancies might be explained by differences in chlorine dosing concentrations, contact time with free chlorine, and the influent water’s chemical and bacterial characteristics (22).

In one advanced treatment plant, ARGs were found in high abundance post-chlorination (5). More worryingly, chlorination has actually been shown to increase the prevalence of intracellular and extracellular ARGs (23). UV disinfection and ozonation do not fare much better. In general, UV treatment is not sufficient to remove ARGs (24). High ozone doses for longer periods were reported to be effective at destroying ARGs (25). Some WWTPs that currently utilize ozonation may not be using the correct dose or retention times necessary to destroy ARGs, as several studies found that specific ozone concentrations yielded desired ARG removal (26,27). Fortunately, using two tertiary treatments together has been shown to reduce ARGs more consistently. Specifically, the UV/ozone or UV/chlorine combination achieved substantial ARG removal (24,28).

Another tertiary treatment employed in WWTPs and drinking water plants is membrane filtration. Typically, larger pore size membranes (> 0.01 micron) are used in WWTPs, whereas smaller pore size (< 0.001 micron) are used in drinking water plants (29). One membrane filtration technology is reverse osmosis, an energy-intensive process that relies on pressure differences and small membrane pore size (< 0.001 micron) to remove dissolved contaminants from water (30). A recent study showed small pore size membrane filters (< 0.01 micron) were able to remove 99.8% of extracellular DNA that encoded ARGs (31); larger pore size membranes (0.1 micron) used in WWTPs were unable to remove the same free DNA, which is unsurprising, since viruses also pass through pores of that size. Membrane filtration in conjunction with other tertiary treatments is also effective at ARG removal. One advanced treatment plant showed that all of their ARGs (with one exception, the sulfonamide resistance gene sul2) were undetectable after reverse osmosis and UV (28). In addition, another study found that reverse osmosis and UV treatment reduced ARGs (32).

It would be remiss to exclude other proposed innovations for removing ARGs from water, namely the use of nanoparticles and constructed wetlands. Constructed wetlands are manmade systems designed to treat polluted water through natural processes like filtration, UV degradation, and adsorption (33). They are being used for stormwater treatment and tertiary wastewater treatment and have been shown to reduce ARGs; however, it is important to note that ARGs are still detected in effluent (22). Frustratingly, some constructed wetlands actually increase ARGs (34). This can be caused by the presence of antibiotics or other contaminants acting as selective pressure for ARG proliferation, or simply by the optimal conditions within the wetland’s ecosystem that allow microbial regrowth (35). Other research indicates that constructed wetlands specifically need subsurface flows to be most effective at removing ARGs (22). Constructed wetlands may partially mitigate ARGs and other pollutants in urban runoff from entering downstream waters, but more research is needed on these complex systems. Lastly, nanoparticles are beginning to be explored for the removal of ARGs. They are used in photolytic oxidation technology—typically titanium dioxide (TiO2) is on a membrane exposed to UV. There is very promising evidence that TiO2 photocatalytic reactive membranes completely destroy ARGs in wastewater effluent (36). Other materials such as “hierarchical Bi2O2CO3 microspheres [that] were wrapped with nitrogen-doped, reduced graphene oxide (NRGO)” have been shown to inactivate multi-drug resistant E.coli and its accompanying ARG (37). Unfortunately, the application of nanotechnology has the greatest risks—nanoparticles can leach into effluent and pollute natural environments (22). More research is needed to guarantee that using nanoparticles will yield more benefits than harm before they can be widely implemented.

ARB and ARGs are emerging environmental contaminants that are not typically regulated or monitored. Existing research on effective removal strategies yields inconsistent results. The most simple and cost-effective way for cities to ensure the absence of ARB and ARGs in their drinking and wastewater is to optimize their existing tertiary treatment chains. For example, if systems already utilize ozonation, the effluent should be routinely monitored to ensure that their dosing and hydraulic residence time are adequate. Since variations in temperature and influent type can impact ARG concentrations, it is the responsibility of individual water treatment infrastructures to determine the appropriate treatments for their specific conditions and to make changes in their standard operating procedures as needed. Overall, ARGs and ARB are complex emerging contaminants. It is in our public health interests to continue studying the transport and fate of these pollutants within water treatment infrastructures and natural aquatic environments.

1. IACG on Antimicrobial Resistance. No Time To Wait: Infections From Drug-Resistant Securing the Future. Rep to Secr United Nations [Internet]. 2019; Available from: https://www.who.int/antimicrob... 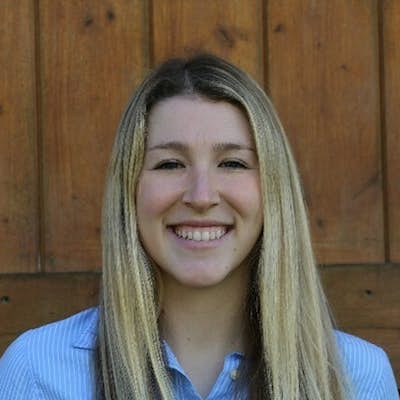 Megyn Rugh is a scientific consultant at Biochromex. She is a PhD-level microbiologist and environmental engineer at UCLA. Her research focuses on the fate and transport of antibiotic resistance bacteria and antibiotic resistant genes in stormwater and surface water.